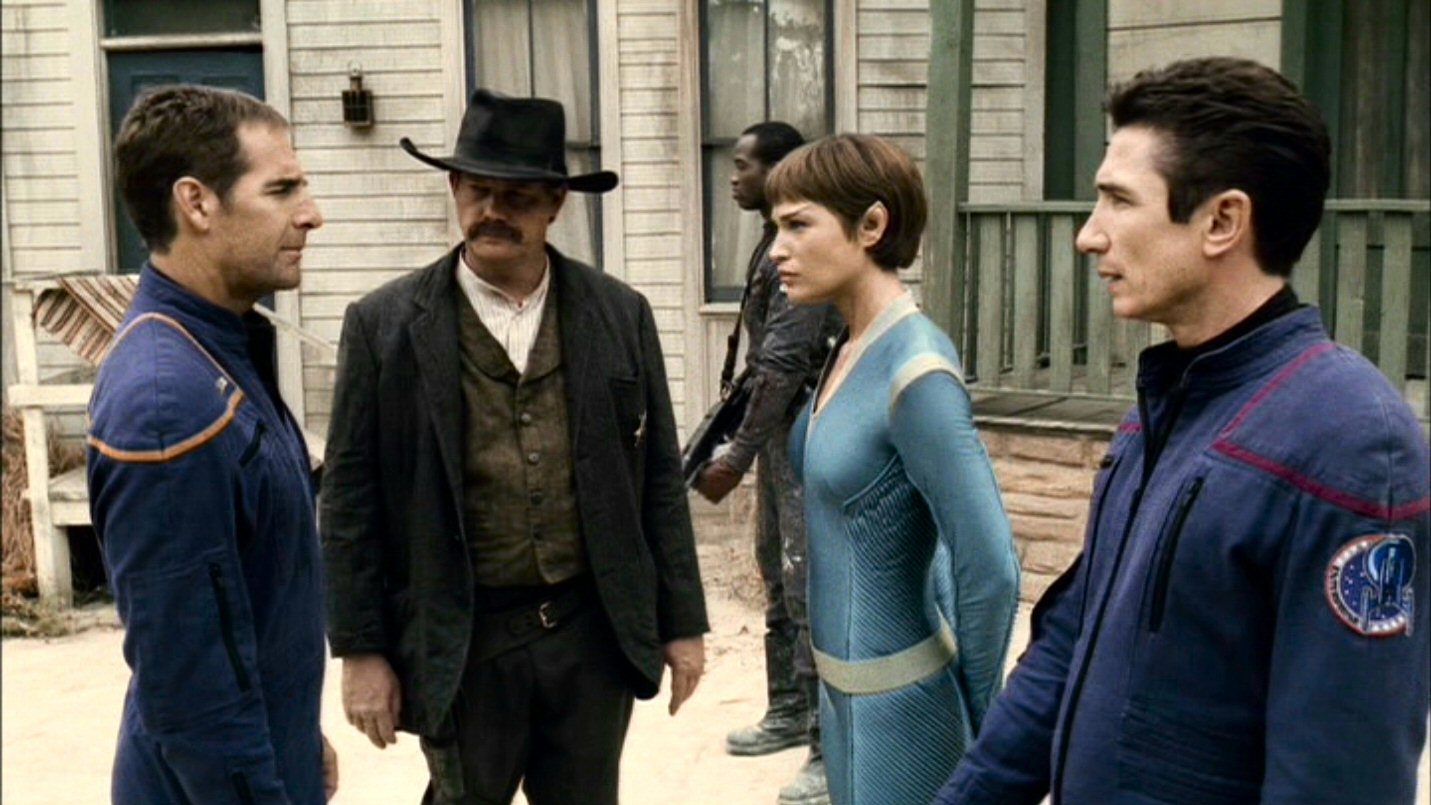 God damn it. We will never get there at this rate.

“Enterprise investigates an unknown colony with humans who still live a Wild West life. They seem to be suppressing an alien race.”

Yeah, don’t talk to me about transporters and impossible physics. That’s not what I’m talking about.

The premise is so straightforward, and yet, for all this seems to say “we got better” I just can’t fucking imagine that universe where we somehow learned not to hate people for the color of their skin or for the language they speak, or for the god(s) to which they pray (or don’t).

And every SINGLE GODDAMN DAY I see some asshole on someone else’s friend’s list make some feeble attempt at justifying the asshole in the Oval Office and his accomplices.

I am nobody’s pet liberal and I am sick and tired of being told we have to appease these bastards or find some way to change their minds, or that I should feel guilty for feeling some form of deranged satisfaction when karma actually catches up to them.

You can judge me all you want. I don’t give a shit about your judgment or your pity or your anger. These people you call your friends would turn on you or me or my family in an instant the moment they thought you or I or they were standing in the way of that cool million dollars they think they deserve for sucking up to corporate Amerikkka.

So I will mail my ballot and participate as a voting citizen of this state and then I will cross my fingers (because I don’t pray to anyone) and hope that I can do it again on November 3, 2020, and that my vote will be counted, and I will hope beyond hope that come high noon on January 20, 2021, there will be a police escort to empty the White House of any remaining occupants, and that the rest of us who lived through the coming months have finally learned a lesson and that we will never again see a Republican in power.

Not in my lifetime, or my kids’.

So mote it be.

Because I want that future, no matter how corny, or impossible, or fantastic it might seem.