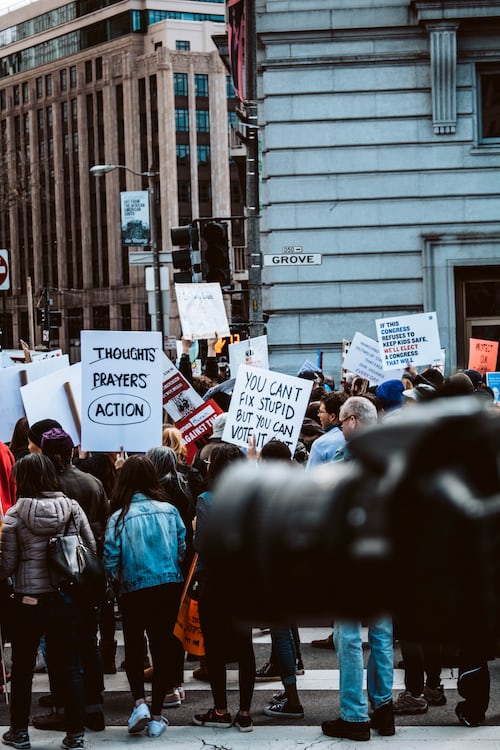 The “Letter from Birmingham City Jail” was written seven months before I was born, and just under five years before Martin Luther King, Jr. was murdered.

The 16th Street Baptist Church was bombed just under two months before my birth, and JFK was assassinated within my first 20 days on the planet.

This shit is toxic, it’s REAL, and it’s deadly.

This time the Neo-Confederates and Nazis and all the other hate groups have their marching orders.

This time they want us to fight. The cops. The President. The Russian operatives who’ve been percolating the hate for four decades.

This time it’s all boiling over everywhere in every state.

Want to know what he said? Read the whole thing.

Four years ago, the Republican party went to war with the rest of the country.

We wanted to believe, some of us, that it couldn’t be all that bad. We survived Bush. We survived Reagan. How bad could it be?

I’ll tell you how bad it could be. The United States is burning. All the white men are angry and they’re not going to take it anymore, and anyone who stands in their way is a target.

This isn’t a Pussy Hat March. It’s not a March for Science or a Rally to Restore Sanity.

No. It’s tear gas and riot gear and pepper spray and mace and sharpie numbers to the ACLU or a good lawyer and your cell phone at home or on Signal because that’s the only way to be safe these days.

And it’s with a mask, because without one, you’re going to pick up the virus, or someone else will, and many, many people who don’t die because a cop shot them or a white protester shot them or worse, then the virus is likely to get them.

This isn’t a stroller and kids with signs and puppets protest.

It’s an all-out race war, pushed and encouraged and threatened and fostered by every FUCKING Republican voter out there who cast a ballot for Trump in 2016, by every LIBERTARIAN or GREEN who voted against Hillary Clinton and Al Gore, by every whataboutism that attempts to pin this all on a black president and his family.

If you can still say, even after all the death and the lies and the guns and the burning and the anger that this is something we’ll just get past, look in the goddamn mirror.

You haven’t paid ANY attention to reality.

The United States of America is burning tonight, and nobody is going to come to our aid.

The call is coming from inside the house. Germany, England, Canada, Mexico, France, Spain…NOBODY is going to fix it this time.

This isn’t polite society. Fuck that noise. Civility is for white people who want to escape because they think their god will sweep them up and Rapture them away.

I have a better idea. If you’re so hot for the Rapture, why wait? Get the FUCK out and leave the rest of us the HELL alone!

If you’re protesting tonight, stay safe. Folks are just looking for an excuse&emdash;and any one will do&emdash;to blow you all away.